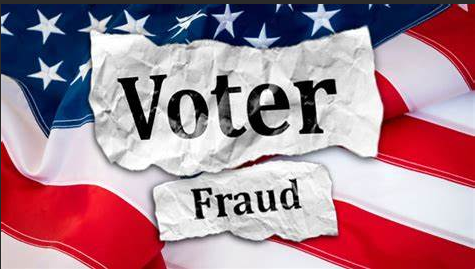 Hello again, Ken Baxter here in sunny Las Vegas, NV joining all Americans on this day as we celebrate and honor those who have served our nation; some of which have given the ultimate sacrifice. Men and women have fought and died for the rights we hold dear in this country. I think all Americans should be concerned about a threat to one of our most precious rights – the right to free and fair elections and our right to vote!

With everyone focused on efforts by Democrats to use the pandemic to push Americans into an unwanted vote by mail scenario, I wanted to remind everyone of an explosive bit of testimony made in front of the Senate Judiciary Subcommittee on July 16, 2019 by Dr. Robert Epstein. The subject was election manipulation.  You will see how these two items combined, election manipulation and mail in voting, could easily affect the outcome of one of the most important elections of our lifetime.

If the name does not ring a bell, let me share a little info about the good doctor. A well known author, researcher and scientist, Dr. Epstein has studied human behavior and artificial intelligence for many years. Epstein earned a Ph.D. from Harvard University in 1981 appears regularly on NPR’s Marketplace. Not exactly a Republican or Conservative in his political views. He is also known now as “The Google Whistleblower” even though the same tactics have been used by other search engines and social media sites. One more thing….in 2016 Dr. Epstein was a rabid Hilary Clinton fan!

"In 2020, if all these companies are supporting the same candidate there are 15 million votes on the line that can be shifted without people's knowledge and without leaving a paper trail for authorities to trace."

As Senator Cruz questioned the doctor about search engine manipulation, the Senator used a figure of 2.6 million votes that were moved in Clinton’s direction due to deceptive search methods. Dr, Epstein interrupted Cruz to clarify that 2.6 million votes was his “rock bottom number” and stated that it could have been up to 10.4 million! No wonder they were so confident over there.

I strongly urge you to watch the video above – it will show you what we are up against. Knowledge is power!

Candace Owens – The Truth About Democrats

It’s Not Over – Trump Counter Punch